His House, Your Home

Anshei University
Including the Mentch Institute is back by popular demand

Feb. 2: How we speak to others
Feb. 9: To wish others well
Feb. 16: Being Straight with others
Feb. 22: Guarding your life; the mitzvah to stay in shape

The interactive classes are all on power point and involve discussion as well as lecture.

Classes are open to the public, free of charge, require no previous background and are guaranteed to edify

Each evening between Mincha & Maariv there is a brief (10 minute) Torah study session.

Following Maariv each evening there is a 30 minute class in Talmud led by Rabbi Finkelstein. No prior background or experience is required.

ASBEE is a warm congregation with wonderful members, good people, which offers many amazing educational, spiritual and social opportunities for its members.

We have so many offerings at our shul from the prayerful to the educational. Some of the events we hope to see come back soon include our Purim Soiree, Jerusalem Day Picnic, ASBEE Kosher Barbecue, and Succah suppers are just part of our array of activities. This is all in addition to our weekly services, which are worth joining for as well, led by our melodic and moving chazzan. We have a weekly Havdalah zoom, daily zoom classes, lunch and learns with sisterhood, and the Dumont University, a periodic 3 week series of lectures on zoom. 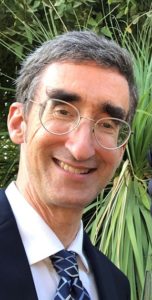 Aryeh Samberg has been cantor of the Anshei Sphard Beth El Emeth Congregation; singing and teaching since 1988.

Born in Brooklyn, New York, and having been raised listening to the great synagogue cantors of our time, Cantor Samberg sang as a child soloist in the synagogue choir of Theodore Silbermintz from age nine to 14.

While living in Israel he studied privately with Rabbi Cantor Jacob Baker. He then was accepted into the inaugural class of what evolved into the famous Tel Aviv Cantorial Institute then headed by Maestro Elli Jaffe & Cantor Naftali Herstik of the Jerusalem Great Synagogue. Cantor Samberg was its first graduate to accept a full time position, the same in which he has continuously served till today.

He has led services in Israel and throughout the U.S. He has performed in concert in Israel, New York, New Jersey, Maine and of course in Memphis. He was instrumental in forming “The Three Cantors“, together with Cantors David Julian and John Kaplan, bringing people together from all backgrounds to their lively performances.

Together with Dr. Steve Katz, he recently released his first solo CD entitled, “Gates of Hope” to great acclaim.

He has performed in concert with the great contemporary cantorial artists at the congregation’s Brown Engelberg Concert Series, and more recently at Dr. Steve Katz’ benefit concerts around Memphis.

He is, however, most comfortable in the synagogue leading his congregation in melodious prayer where with his lyric tenor voice he synthesizes classic cantorial with more modern styles.

Cantor Samberg is deeply involved with the youth of our community having served as the Memphis NCSY Chapter Advisor for some 20 years. He has helped prepare countless boys for their Bar Mitzvah celebrations & has taught hundreds of adults throughout the community to read Hebrew as one of the inaugural sites for the NJOP‘s Crash Courses.

He has taught Jewish History to High School students at the Cooper Yeshiva High School as well as to adults at the Melton Adult Education Program.

Over the years he has presented lectures on various topics as well as a weekly “Rashi & Racquetball” class at the Jewish Community Center.

He currently serves as a volunteer mentor for the Partners in Torah program and as a Volunteer Ombudsman Representative for MIFA, advocating for local nursing home residents in Memphis. He has recently been elected Vice President of the Cantorial Council of America.

He and his wife Adina have 6 children, 3 children in law and 6 grandchildren with whom singing around the Shabbat table is a favorite pastime.

Nestled in a quiet residential community just minutes from the I-240 highway, ASBEE is ideally located! Our address is:
120 East Yates Road North
Memphis, TN 38120